Home » Blog » The Making of an Outcast

The Making of an Outcast 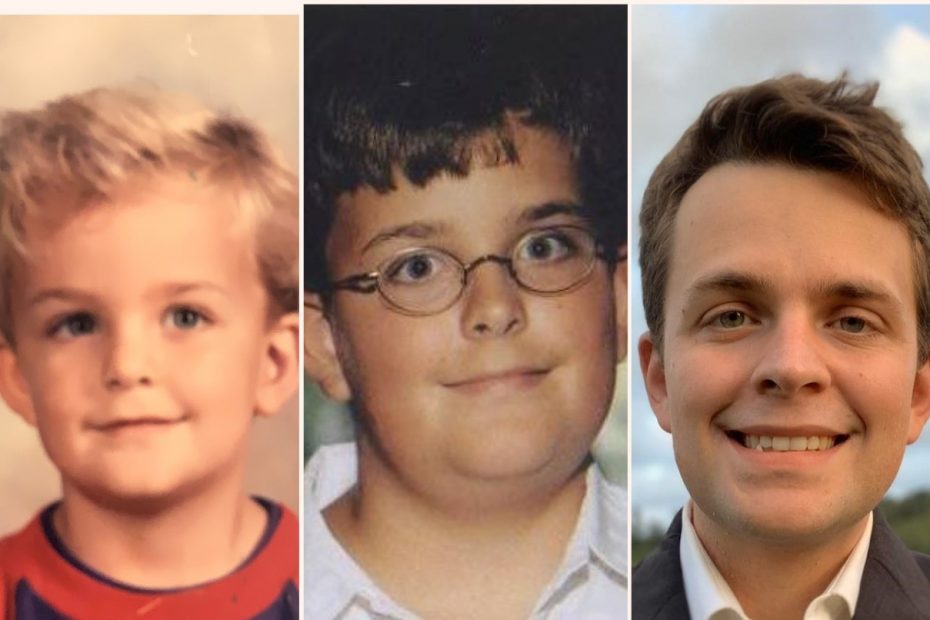 As the reader can see there are three photos shown above.

The photo on the left is a five-year-old boy smiling for his very first school picture. This little guy is still a dreamer, the apple of his mother’s eye, and doesn’t think there’s anything bad in the world.

While this may be hard to believe, the photo in the middle is of the exact same boy from the other picture, only he’s now twelve. No one wanted to play with him, so he played by himself. He had no one to go outside with, so he stayed inside where there wasn’t much else for him to do other than watch tv, play computer games, and eat. The lack of exercise and the excessive eating caused this kid to gain several pounds, and the time he spent staring at his computer caused him to become nearsighted and require glasses

Fast forward to the present day. The man in the photo on the right is that young boy all grown up.

Everything looks like it got better. He lost weight, got some contacts, and he cleans up pretty well. At least that’s how it looks on the surface. But this man’s childhood struggles never fully went away. Even though he is a stronger person then he was as a young boy, he’s still a loner, and he’s afraid of trying new things, taking chances, and putting himself out there because he’s afraid of what people think of him.

In case the reader hasn’t caught on, all of these are photos of me, and these photos and their accompanying stories chronicle my journey towards becoming an outcast

At age five I entered my kindergarten classroom crying my eyes out. I didn’t want to be away from my parents, but trusted them when they said I’d make friends. Sadly, that wasn’t the case. I put myself out there many times and tried to get in on games that other kids were playing only to be told to go away. To this day I can’t give you a certain answer as to why this happened. All I can say is that it went on for years and years to the point where I felt like my only option was to live as a loner rather than continually face the sting of rejection.

To this day, I still struggle with feeling like an outcast. What I went through in my youth had its share of long-term effects. I am socially awkward, I don’t have a circle of friends I regularly spend time with, I haven’t dated in almost fifteen years, and I am always afraid every time I apply for new work or try to take a new opportunity because I am terrified of rejection. I cannot seem to fully escape the thought that I will always be the odd man out.

If the reader is to take anything out of this, let it be this: bullying has consequences. Childhood is a short period of life, but it is a significant one. When a child is dropped off at their first day of school, they begin their process of learning how to go through this journey we call life, and that journey becomes daunting and sad for those who are bullied into becoming outcasts. Let’s face it, the social butterflies are the ones with the people-skills that help them prosper. On the other hand, us outcasts are looked at as though we are withdrawn oddballs. Life becomes a lonely journey where you think no one cares about you, and that’s anything but pleasant. And for many of us, it all could have been avoided if we’d been treated nicely as kids.

The good news is that as the years have gone by and as I’ve gotten older, things have improved. Through the years I’ve come across various communities of people who loved me, wanted me around, and didn’t reject me in spite of my setbacks. And what’s more, we were all joined together by a mutual connection, one that has continually been the balm that healed the pain of being an outcast for me.

That will be the section of my next piece.

1 thought on “The Making of an Outcast”