Home » Blog » Being a misfit is not a disease

Being a misfit is not a disease 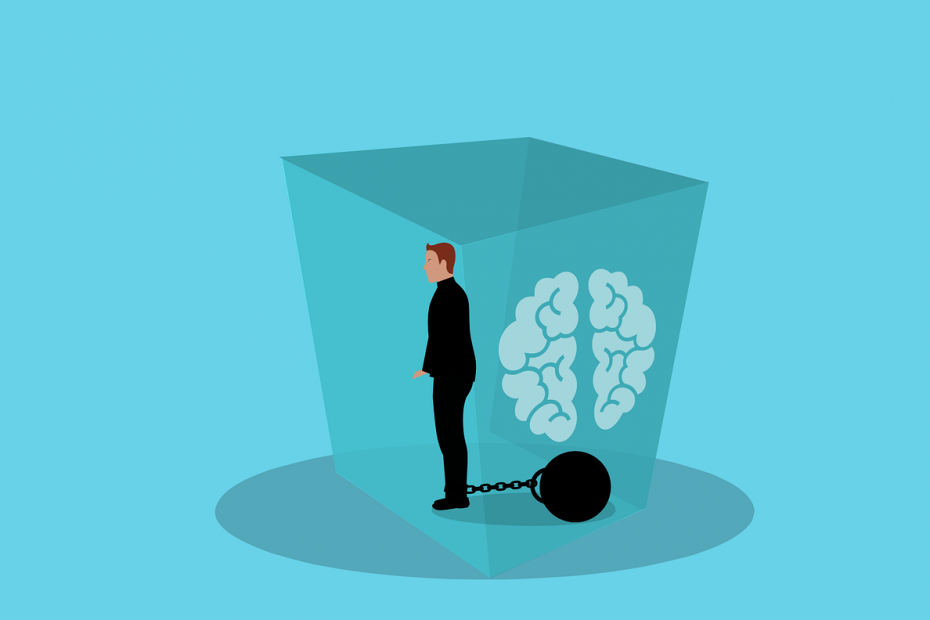 Let me set the scene.

I’m a five-year-old boy in kindergarten. It’s nearing Thanksgiving, and we are given pictures of turkeys, pilgrims, and cornucopias to color. For some reason, my coloring bothers my teacher. She calls the school counselor,  and the school counselor calls my mother.

You’re probably thinking, “Did you draw the pilgrims with guns? Did you draw blood all over the slaughtered turkey? Were you a little Jeffrey Dahmer in the making or what?”

None of the above. Here’s what I did that caused such a stir: I colored the whole thing orange.

No, you didn’t misread that. The school went nuts because I decided to use one color. Apparently, really liking the color orange is problematic.

I also received flak from teachers and other kids for my failure to color within the lines. The kids delighted in taking my last name, Skripko, and changing it to “Scribble-Scrabble.” The mere memories of hearing “Edward Scribble-Scrabble” all the time make me cringe a little.

My mom, rightly, thought this whole thing was ridiculous. Nonetheless, the school always seemed worried about me, particularly in the years to come when they’d catch me playing by myself rather than interacting with the other kids.

All of this was enough to land me sometime in Special Education, and I spent years with a school therapist because my “odd behavior” and my social isolation were worrying.

Now here is the reality of the situation. I was five. My motor skills were still developing, so not knowing how to properly color wasn’t that unusual. Furthermore, the teachers never seemed to invest much time into figuring out why I was always playing alone and why I didn’t like working in groups. It was all due to the fact that I was being bullied. Other kids were mean to me. Even the parents’ friends’ children who I used to play with all the time before school began to gang up on me. I was by myself all the time because I didn’t want to hang out with jerks. Is that all that unusual? Is that really so bad?

Well, according to what society seemed to want to teach me, yes it was.

Let this sink in: The other kids, many of whom grew up to be criminals, were teasing me, pushing me, and kicking me for no reason… but I was the one who needed therapy.

The message I was sent as a child was clear: I wasn’t like the other kids, I didn’t fit in, and I had a rough road ahead.

This is the society we live in: one that undervalues or punishes those who don’t fit in, a.k.a. misfits.

A misfit is someone who missed fitting in. As I write this down and look back on all of this wackiness, I consider not fitting in to be a badge of honor. I did eventually start making friends, but I am by nature more introverted and I prefer to be alone. I’ve learned how to function socially, but I still don’t “fit in” to any of the structures I’m consistently thrown into. And honestly, I’m fine with that.

I have gone on to find my own people, and to nobody’s surprise, I connect best with those who are fellow misfits. Not all of us are socially awkward loners. We’re just looking for our own people with whom we can identify with and be ourselves with. As a boy, trying to fit in with the “socially strong” kids would have meant acting like them and doing to other people what they were doing to me. Not only do I think that would have been a failed effort, but it would have been morally wrong. Thankfully, my parents raised me better than that, and they taught me to celebrate being different.

I write all this to make a point: society needs to stop telling misfits that they are the problem and trying to diagnose them with a thousand social or mental diseases to explain the fact that they don’t fit in. While some of us may have those issues (I myself have an anxiety disorder that I will talk about in a future post), most of us flat out just don’t want to fit in. That does not mean that there’s something wrong with us. It just means that we are different, and that just means that we can make unique contributions to society that others can’t. Give us a chance to show that, and you may be pleasantly surprised.

Fellow misfits, you are not sick. You are unique. Embrace it!